The Story of the House of Wines 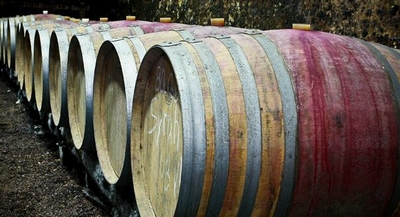 The idea of grapes cultivation and winery foundation came to the owners during a journey, and they established the company in 1999. The company has constantly evolved and has purchased more and more land, expanding the area from the initial 2,5 hectares to 15,5 hectares. However, this did not bring the development to a close, since the fields that had been cultivated and have been abandoned by now are still waiting to be exploited. Unfortunately, 25% of what had been planted in 2006 was lost to the frosts of the month of may, which needed to be replanted.

As an interesting fact we can mention that the selection of the grape varieties is a most successful one, since we had no experience with these varieties; the varieties that had been used in the past would not be much good any longer today, except for the white grape variety known as GRÜNSPITZ, whose recultivation was an important endeavor of the company.

The winery respects and cherishes the legacy of the forerunners, and this is the reason why it was important for the enterprise in 2002 to buy the once beautiful Károlyi wine cellar, which by that time had fallen into ruin, and restored it to its long lost glory.

The present  is inconceivable without the past and could not live on without a clearly defined vision of the future, a vision on whose further development and expansion the whole team of the enterprise is working.